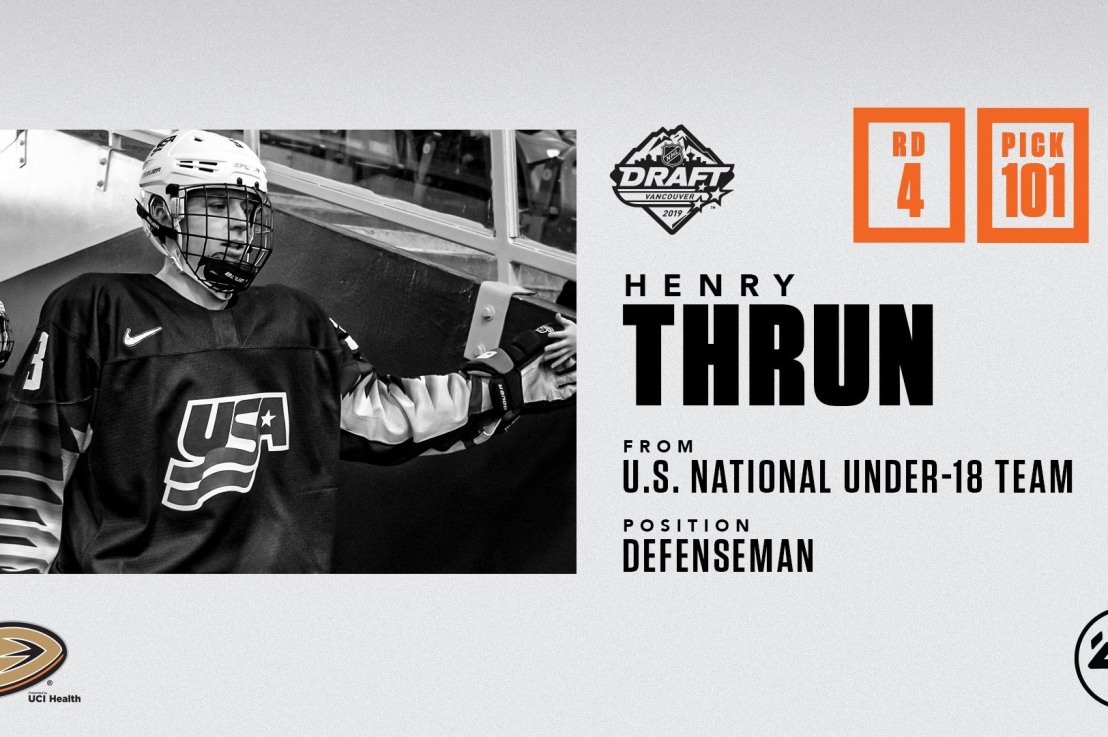 The Anaheim Ducks have selected another defenseman.

“It was super exciting,” Thrun said, on hearing his named called by Anaheim. “Celebrate it with my family and friends. To go through that was pretty special for me.”

Thrun joins former NTDP U-18 teammate (and close friend) Trevor Zegras on the Ducks. “Trev and I are good buddies,” Thrun said. “We’ve known each other since we were little kids. We’ve always been competitors. It’s going to be cool to be teammates down the road.”

A two-time medalist on the international stage, Thrun won gold with Team USA at the 2017 Under-17 Hockey Challenge and earned bronze at the 2019 Under-18 World Championship.

Most of you are probably on Social Media so here’s another source to get: Follow the Anaheim Ducks on Twitter and Instagram if you don’t already. It is a great way to stay in the loop of what is going to be happening with the Ducks and the Honda Center.