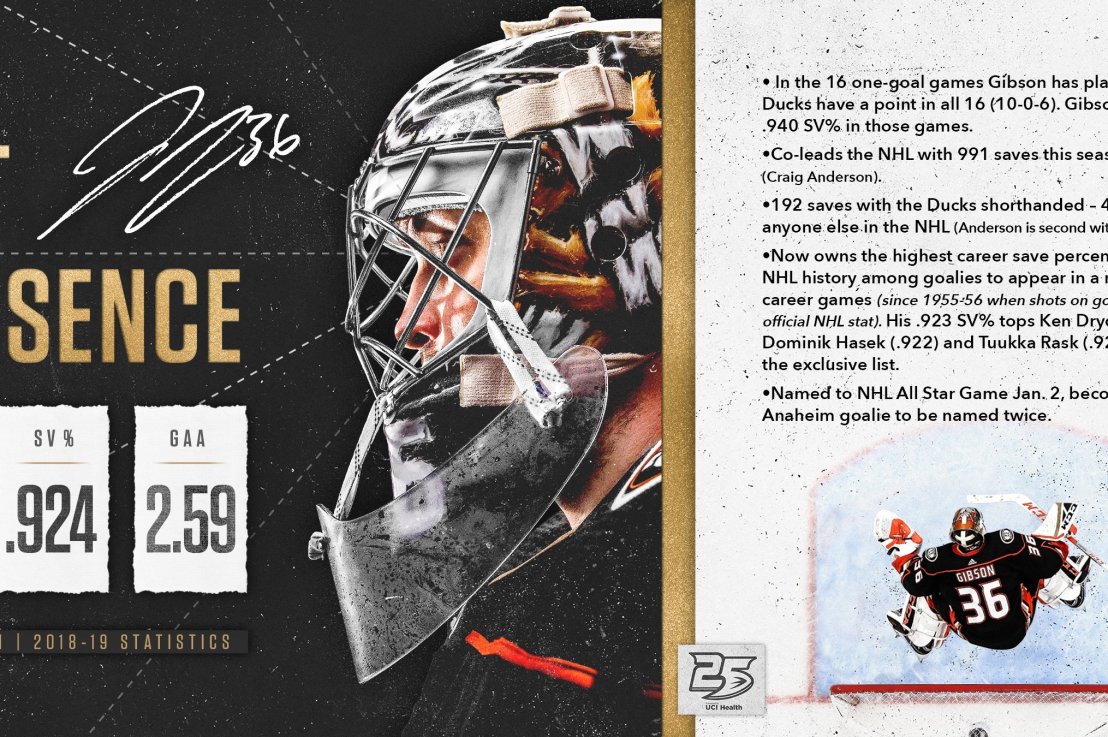 The Anaheim Ducks shared that without a doubt the MVP of the first half belongs to John Gibson who stolen victories from their opponents with his stellar goaltending. He will continue to be a STAR for the Ducks for the rest of the season and in the Stanley Cup Playoffs. 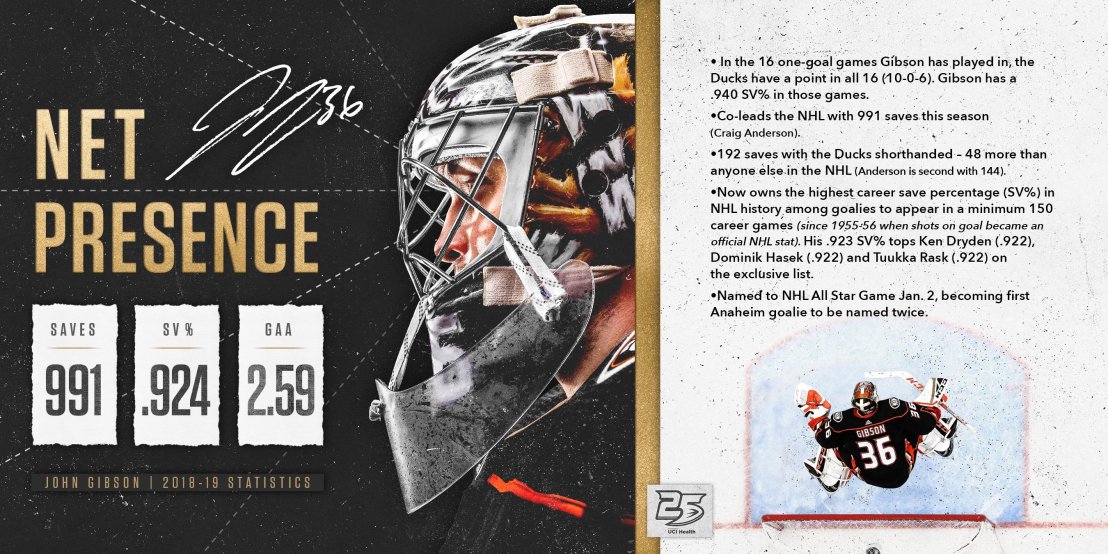 Here is what the Ducks shared what the Ducks goaltender has as we head into the second half of the season and why he is a candidate for one of the players for the Ducks to send to the All-Star Game in San Jose.

As the Ducks begin the second half of the season tomorrow night (Game No. 42), Ducks goaltender John Gibson continues to lead the way. Anaheim (19-15-7) currently sits in a playoff spot (Wild Card No. 2) after 41 games, with potential Vezina/Hart Trophy candidate Gibson having his best season.

Some notes on Gibson’s performance to-date:

Note: No goaltender playing in the Pacific Time Zone has ever won the Vezina Trophy. Seven goaltenders that won the Vezina have also won the Hart Trophy as NHL MVP. Dominik Hasek of Buffalo did so twice (1996-98).