Many say that he is the Mightiest of the Mighty Ducks. He is the player that was the FIRST player to achieve every record in franchise history and does deserve this honor.

Kariya’s jersey on it’s way up and is joined by teammate Teemu Selane’s jersey for enternity at Honda Center. The Dynamic Duo #8 and #9 side by side forever 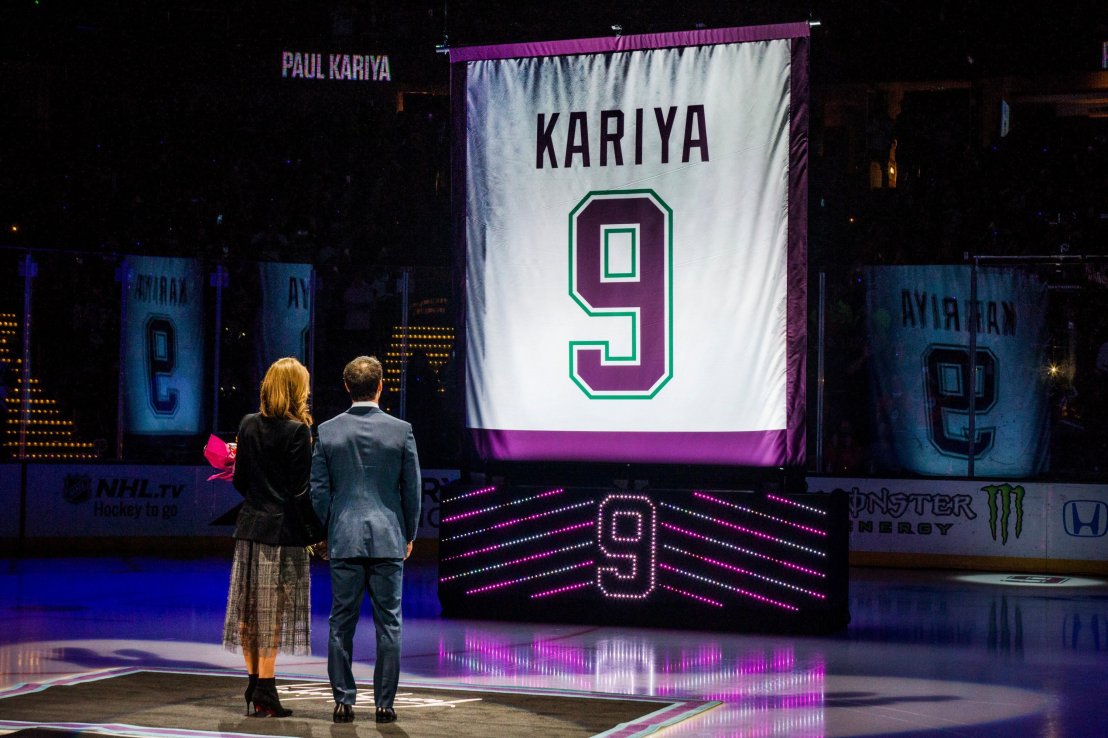