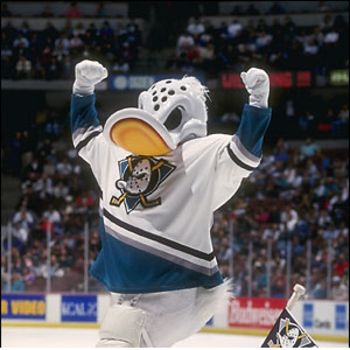 The Ducks have announced some great news about Ducks mascot Wild Wing. After years have passed with NO FLYING the one and only WILD WING FLIES AGAIN. He is going to be flying down to the ice up from the rafters.

The Beginning of Wild Wing

Leave comments below to say what you think about the Anaheim Ducks bringing back the flight of Wild Wing for the 25th Anniversary Season.