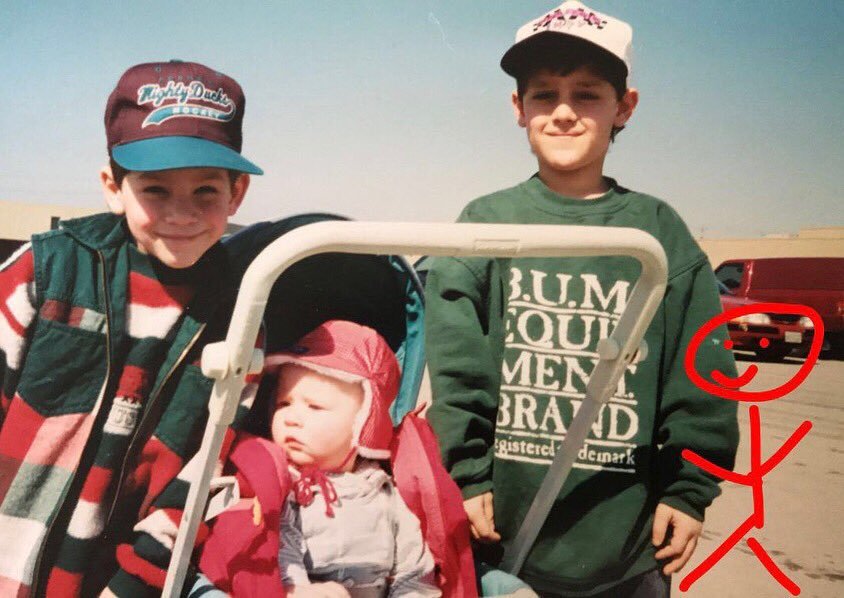 Adam Henrique (on the importance of signing the contract extension now): That was the goal for me, to get something done this summer. Things went pretty smoothly through the negotiations. Bob [Murray] made things very easy for us, and I feel like it was the same the other way. Going into next year, if we didn’t have something done, there would be a lot more questions as if I would re-sign and stay there or I’d go on the market. Then you become a possible trade piece again. For me, I wanted to have it done so it wouldn’t be something to worry about through the season. I’m very happy we have it done now and I can just focus on training, getting ready for camp and the upcoming season.

Adam Henrique (on when negotiations ramped up): Once everything settled down with Bob and everybody in the front office, once they finished the [NHL] Draft and free agency, I think they touched base maybe once or twice that both sides were interested in getting something done. Then, it was just a matter of time when things calmed down and everybody had that time. Once things got going, there were a couple phone calls back and forth, and that was about it. Bob made it very easy on us. We are all on the same page, and that made things a lot easier.

Adam Henrique (on his comfort level with the Ducks): No matter where I would’ve been traded to, I feel like my game is complete enough to fit in anywhere. But coming to Anaheim, and starting with all the injuries and getting to play a lot, it was a seamless fit. I don’t think you can overlook that. I think that was a big reason why I was so comfortable there and playing well. The guys in the locker room were great to me. I felt like I had been there for years with some of those guys. That was important for me. Big reason why I wanted to stay and was so comfortable doing another five years. I’m excited for what’s ahead. Looking forward to hopefully bringing a Cup back there. 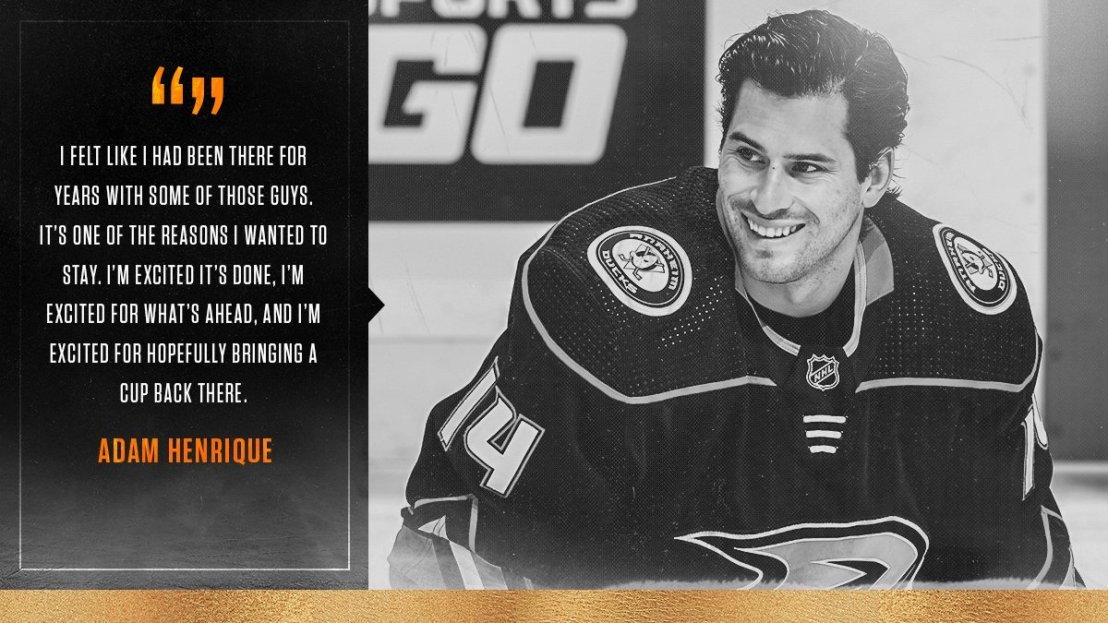 Adam Henrique (on the importance of a long-term contract at this point in his career): That was important from our end. The term is the biggest thing, especially when you get to this point of your career. I’d love to go as long as possible and play past this contract. That’s always been a goal of mine, to play as long as possible. I think that’s every players’ goal, but there are so many things that can happen along the way. I’m pretty fortunate in my career to remain pretty healthy. Both sides were pretty comfortable with the term. It’s not something I’m worried about. I’m just excited for the future.

Adam Henrique (on his photo featuring himself wearing a Mighty Ducks hat): I don’t know if it’s around anymore, but I was home with my family yesterday. We had a little celebration. When we were young, I had the old school Ducks Starter jacket. I wore it around everywhere. I had the hat and a keychain- the works. When you’re little, the Mighty Ducks movies are always everybody’s favorite. We were looking through pictures to see if there were any with the jacket, and there were a few. It was great. My two brothers are in that photo, but the youngest wasn’t born yet. It was pretty cool to find that.